Peter Block, author of ‘Community, the Structure of Belonging’ says that avoidable suffering, that is: poverty, homelessness, and family violence grows out of human choice to sustain a world of imbalance – surplus on one side and scarcity on the other. It’s about the distribution of power and control and the mindset / worldview that underlies these choices.

What happens as a result is people learn dependency, there is absence of possibility and hope, powerlessness, disregard for the dignity and worth of fellow humans. He says this happens because of our disconnectedness.

People in our community are excluded; restricted from life opportunities when disadvantage is made up of economic, locational and social vulnerability. And this divide is widening.

The Productivity Commission released a report in August called ‘Rising Inequality? A stocktake of the evidence’, which showed that although we’ve had 27 years of uninterrupted economic growth, more than 40 per cent of the Australian population were at a lower income group than they were in 2001, and essentially – the number of people living below the poverty line hasn’t decreased in 30 years. Wealth inequality has increased.

Our degree of inequality is influenced by the tax system and rules of the welfare system, government policy – and importantly – the public’s attitudes to inequality.

This is why I think it’s easier for people to disconnect. And I believe it’s fear that cuts us off from our connection to other people: Fear of getting hurt; of criticism or failure; of conflict; of vulnerability; of not measuring up. We know that media and social media now dictates to us what we should fear and who we should blame.

Poverty isn’t new, think of the great depression, but Australia’s post war decades saw growth and a fall in inequality, up to the 1980s. So why now, and what can we do about it?

We know that economic disadvantage – the amount of financial resources that an individual / family requires for a minimum living standard – results in a lack of adequate housing, heating, nutrition, medical care and technology and this inevitability leads to social exclusion.

We see children and young people excluded from activities that other children take for granted. This is the greatest tragedy.

This means that from a young age, people don’t have the resources, opportunities and capabilities they need to learn, work, engage and have a voice.

It’s really important that we raise the voices, hear people’s stories. The power of knowing, and understanding people’s stories is in finding that people are ‘like us – we can avoid ‘othering’ people.

Margaret Wheatley says we should “rely on human goodness”. She suggests that “who you think I am will determine what you’re willing to do on my behalf.”

Social researcher John Cacciopo also says that, “As members of a social species, we don’t derive strength from individualism, but from our collective ability to plan, communicate and work together. Our genetic makeup support interdependence over independence.”

Being in places that feel alive with connection means that no-one is lonely.

Brene Brown says that loneliness is becoming an epidemic – we feel lonely when we experience disconnection.

Being pushed outside of a group that is valued, or lacking a true sense of belonging. At the heart of this is a lack of meaningful social connection, intimate relationships, of community / work group connection.

So, the social exclusion of the 90 per cent of Australians, 2.2 million people who experience income poverty; the people with disability, unemployed people, single parent families, older people, and Aboriginal people is leading to a growing distance between economic classes and our capacity to bring those on the margin into the centre is reduced.

Imagine if we could overcome our own complicity in keeping people ‘needy’, if we change/shift our conversations from the problems of community and its citizens to the possibilities.

What if we, as friends collectively choose to decrease all suffering – be it avoidable or that of simply being alike – by being together in a way that creates a space for something new to occur.

When we value, invest in and recognise the gifts and capacities of all citizens, we can start a healing process. By turning to one another in a vulnerable and loving way, together seeking justice and accountability, we can be united by shared joy. We can rally in hope and build strong social foundations.

No-one has the protection of privilege when our society is equal – when we untangle entrenched disadvantage by seeing all people as equal, by re-humanising those who experience the hardship of unstable employment, substance abuse, low education, being labelled or housing insecurity.

When we shift the thinking and the conversation from the ‘needs’ of people to the ‘gifts’ of people.

When we, as friends, focus on strengths and capabilities. Together we can co-create a future that is different from the past. 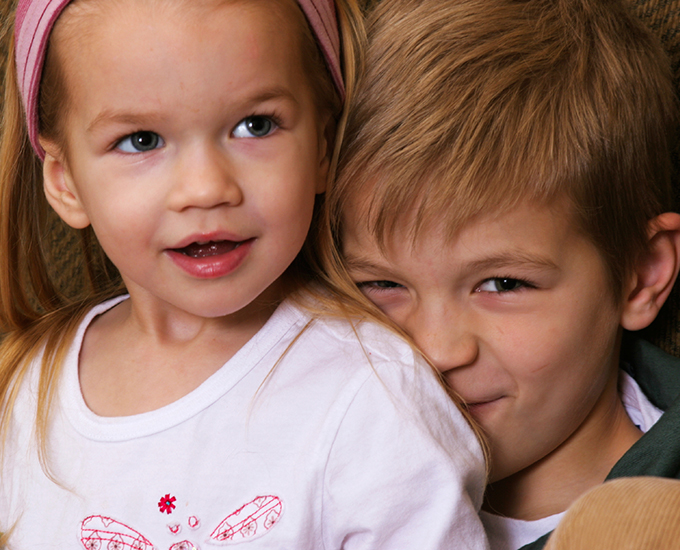 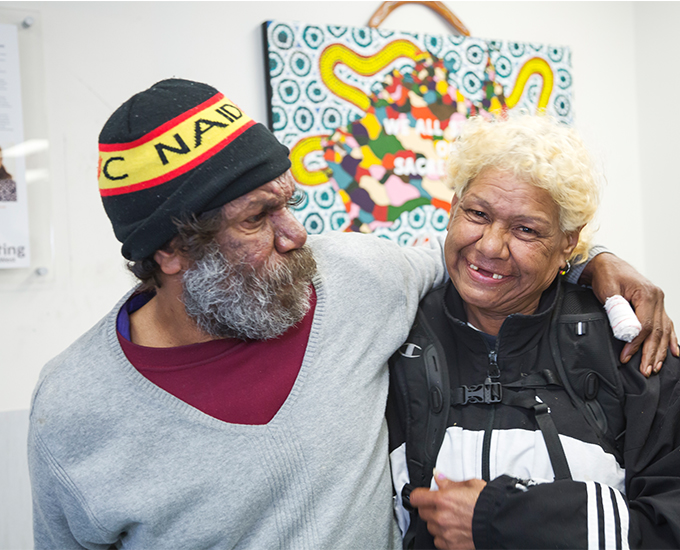 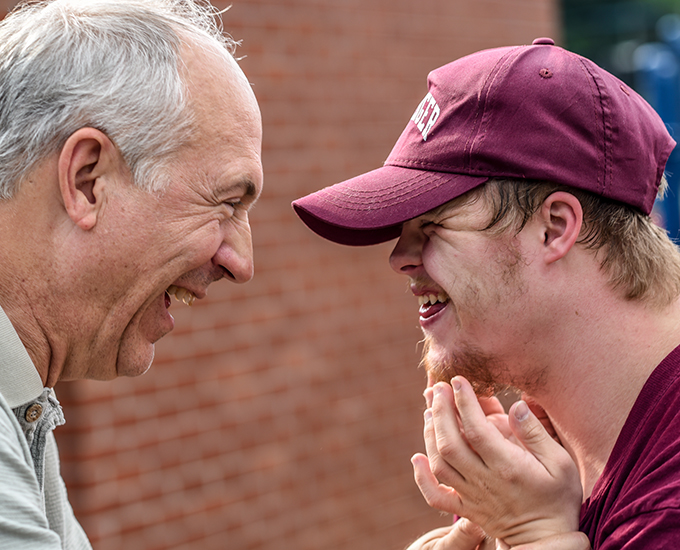